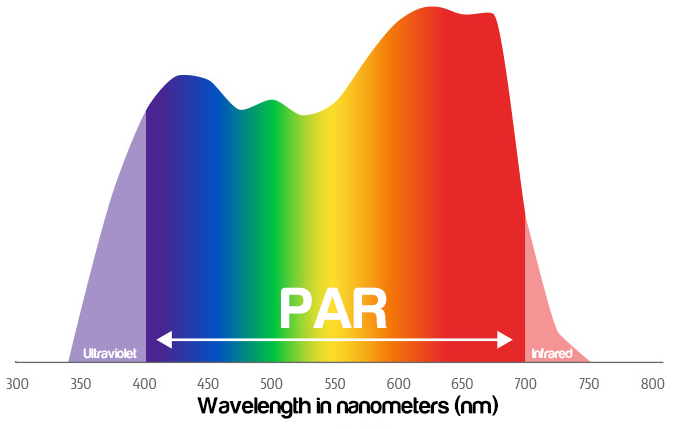 Photosynthetically Active Radiation What is light? Light can be described as electromagnetic energy or waves moving from one point to another. Each wave for a certain wavelength looks the same; it has the same beginning and ending, and the same height and width. Some wavelengths are shorter, meaning faster wave formation, while other wavelengths are longer (slower wave formation). The whole range of light wavelengths is called the light spectrum. Wavelengths are measured in nanometers